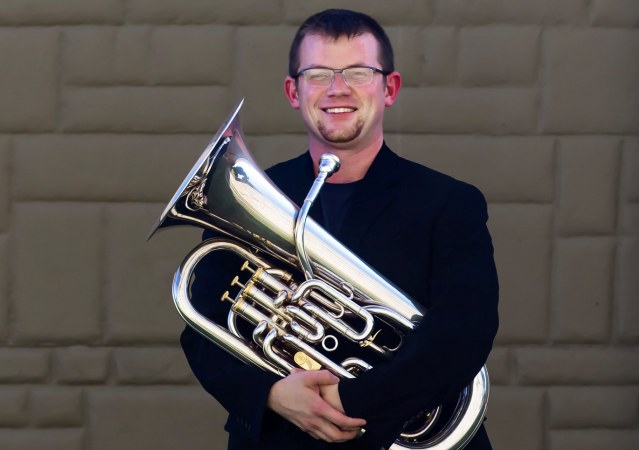 Blake Birmingham is an American euphoniumist, Composer, and Educator. Born in Houston Texas 1991, he grew up in Broken Arrow, Oklahoma where he attended and graduated from Broken Arrow High School. After graduating high school, he returned to Texas where he attended and graduated from the University of North Texas. While at North Texas, he studied Euphonium Performance under the world famous Dr. Brian Bowman. While he was at North Texas, Blake performed and recorded with the North Texas Wind Symphony, The North Texas Symphony Orchestra, and the North Texas Symphonic Band. Blake has won and placed in many solo competitions. Most recently, Blake was awarded 1st prize in the 2018 Leonard Falcone International Euphonium Artist Competition.

Blake performs regularly as a member of the Lone Star Wind Orchestra, as a featured guest soloist, and as a teacher/clinician. A few highlights include guest artist appearances at Stephen F. Austin St. University, the United States Army Band Tuba-Euphonium Workshop, and as a featured soloist with the Lone Star Youth Winds. Blake currently resides in the Dallas Fort/Worth metroplex, where he is currently pursuing a Masters in Euphonium performance at the University of North Texas under the mentorship of David Childs.