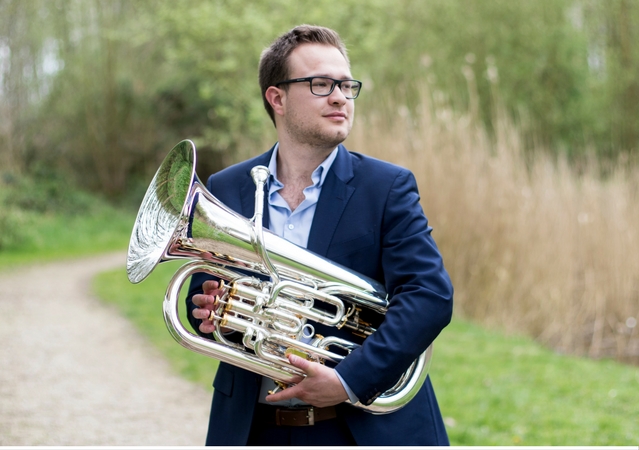 Gilles Demeurisse started his musical carreer on flugelhorn at the Academy of Word and Music in his hometown Izegem. After a while he decided, seduced by the sound of the instrument, to switch to euphonium and therefore joined the High School of Art in Gent where he attended the courses of Mr. Geert Verschaeve.

For a few years now Gilles frequently performs as a freelance musician in various prestigious orchestras such as the Royal Belgian Airforce Band , the Royal Belgian Navy Band and the Flanders’ Opera.
In 2014 Gilles was Principal Euphonium in the European Youth Brassband in Scotland. One year later Gilles won the “ London Grand Prize Virtuoso” and consequently got the unique opportunity to be soloist in the famous Royal Albert Hall in London.
Currently Gilles is solo-euphonium in the ‘Koninklijke Stadsfanfaren Izegem’ and principal euphonium of Brassband Buizingen.
Since 2017 Gilles performs as a Besson Artist.