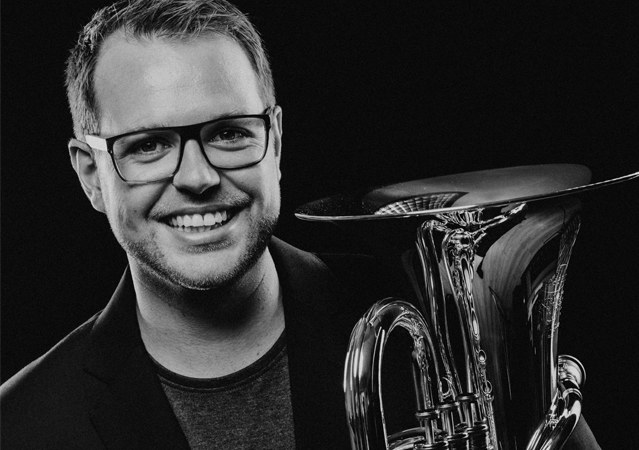 Georg Pranger, born and living in Austria, startet his musical career at the age of 12 years on the Euphonium. After finishing his military service with the Militärmusik Tirol where he played Solo Euphonium, he went to the Universtität Mozarteum Salzburg, where he finished his basstrombone studies with excellence in 2012.

After performing in various chamber and symphony orchestras in Austria, Switzerland, Germany and Italy, and teaching at that time, he decided to study Euphonium with Prof. Steven Mead at the Leopold Mozart Zentrum Augsburg, becoming the first Austrian to ever study Euphonium and become a professional Euphonium player. He finished his masters degree with excellence in 2017.

At the moment he holds the Solo Euphonium chair with Championship Section Brass Band “R.E.T. Brass Band” and with the “Bläserphilharmonie Mozarteum Salzburg” and is teaching in Austria. Besides performing with wind and Brass Bands he has also been invited several times to play Euphonium with the Rundfunk Sinfonieorchester Berlin.

He is also adjudicator for national and international competitions, giving workshops, masterclasses, guest solo performances and recitals, helping to inspire young talents to grow and find their path with the euphonium.