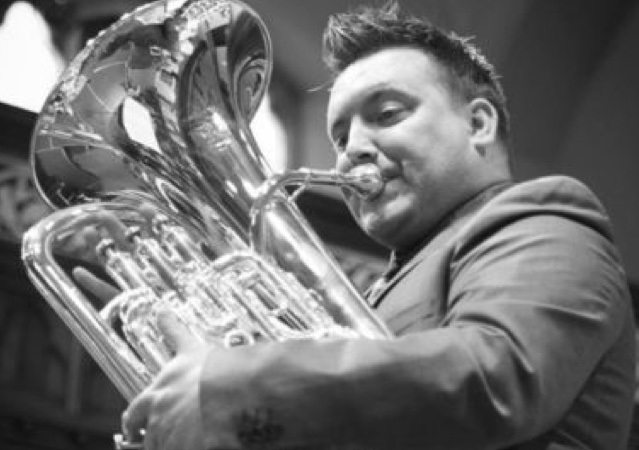 Gary Curtin was born in Cork City, Ireland. He began playing the baritone at the age of 12 and moved onto the euphonium in 1996. Following his move to euphonium, he fell in love with the sound of the instrument and became more and more convinced that he wanted to dedicate his time to developing as a player and musician.

Moving to the UK was a big move for Gary but his desire to play at a higher level on his instrument got the better of him and in 2005 he moved to Manchester. While studying for a year at the RNCM under the tutelage of Steven Mead, Gary began to immerse himself in the brass band scene and has played solo euphonium with Wingates Band and the Fairey (Geneva) Band before moving to the Principal Euphonium seat at Black Dyke Band.

He received the Geoff Whitham Memorial Award for ‘Best Euphonium’ at the 2010 and 2014 British Open Championships at Birmingham Symphony Hall.

Gary has also enjoyed some orchestral experience on both the euphonium and the bass trumpet having performed Wagner’s Ring Cycle on two occasions as well as most orchestral euphonium repertoire.