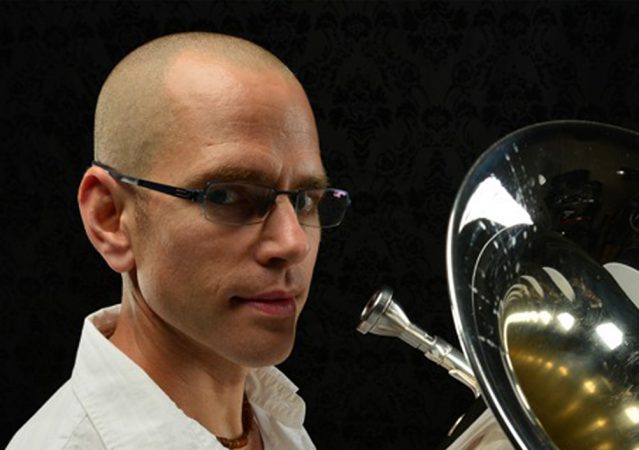 Danny began his education with a Bachelor of Music Education from Central Washington University (1999); continued with a Master in Music Performance, Euphonium from The University of North Texas (2002); and a Post-graduate Diploma in Performance from The Royal Northern College of Music in Manchester, England where he studied on a Fulbright Scholarship.As a former member of the United States Air Force Band in Washington D.C., Danny was quickly recognized as an energetic and engaging soloist, featured several times with the band including the spring 2004 national tour. Helseth performed as a chamber musician and clinician at universities all over the US as a member of the Tower Brass Quintet. Helseth has recorded with The North Texas Wind Symphony, the Royal Northern College of Music Wind Orchestra, and the United States Air Force Band. He has performed as principal trombonist with the Friday Morning Music Club Symphony in Washington D.C., and the Washington Metropolitan Philharmonic, and as euphoniumist with the Serapis Foundation, the Auburn Symphony, and is now principal and solo euphoniumist with Brass Band Northwest. Danny is currently a freelance musician and solo euphoniumist in Seattle, WA. With the release of his debut solo album, “Snapshots!” Helseth is quickly establishing himself as a dynamic soloist, and educator, giving master classes and clinics to middle school and high school bands; infecting students with the desire to energetically give everything they have to that cause for which they are most passionate. Danny, throughout his life, has been in contact with extraordinary musicians, many of whom have been his private teachers, including: Larry Gookin, Tom Gause, and Dr. Russ Schultz at Central Washington; Dr. Brian Bowman and Vern Kagarice at The University of North Texas; Steven Mead and Jim Gorlay at The Royal Northern College of Music; and Patrick Sheridan and Sam Pilafian at The Institute for Performance Success. Countless other musicians, colleagues and students have taught and inspired Danny’s music and direction. Danny Helseth performs exclusively on a Besson Prestige 2051 Euphonium.