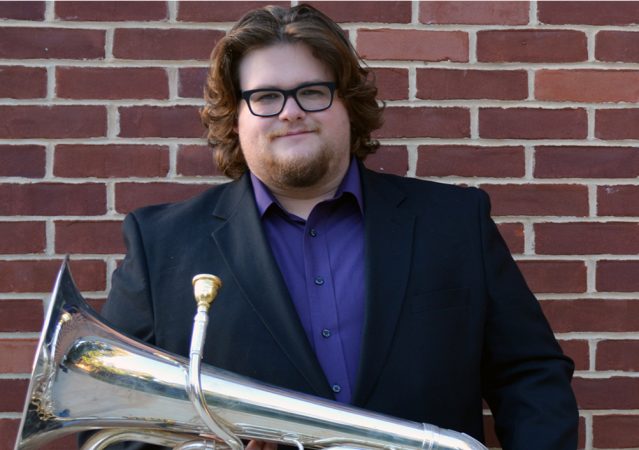 Drew Bonner is a freelance composer, arranger, performer, teacher, and musical guru.His musical aspirations, heavily influenced by his teacher and mentor Velvet Brown, areto continually offer a new perspective on presentation in both performance andcomposition. Drew’s musicality is not only original, but his commitment to performingand writing with passion provides the listener with a refreshed outlook on theconventional classical music recital.Drew regularly looks to push the boundaries of chamber music with his quartet, FivE. Afresh take on the modern small ensemble, this group of four euphoniums is venturinginto the realm of music videos and pop singles. Drew’s skills as a soloist has beenintegral to groups vision and rising success.Drew prides himself on being an arranger of various styles and ensembles. The use ofjazz, funk rhythms, and harmonies make his compositions lush and distinctivelyverve. His music has been performed internationally with world premieres taking placein both the United States and Europe. His tenure as musical director for None of theAbove (Penn State University) impelled his love for a cappella music and arranging.Since 2011, Drew has been arranging for various marching ensembles across theeastern United States, recently joining My Design Team Inc. as a staff arranger.Drew currently is pursuing his Bachelor’s degree in Euphonium Performance from ThePennsylvania State University and plays exclusively on a Besson Prestige 2051.