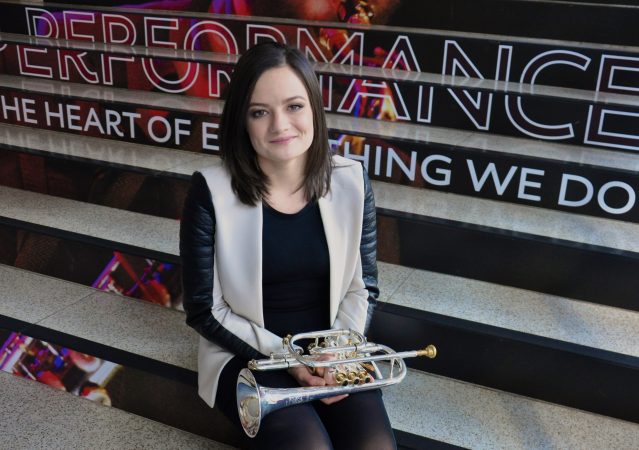 After joining Fodens and competing in the British Open and the National Finals of Great Britain 2015, Kathleen was offered a Solo Cornet seat in the Black Dyke Band. Already in this short time, Kathleen has played concerts not only all across the UK but the World, with real highlights being trips to both New York City and Tokyo, Japan. In December 2016, Kathleen was appointed Repiano cornet of Black Dyke, but shortly after took up the position as the first female principal cornetist with Brighouse and Rastrick band.