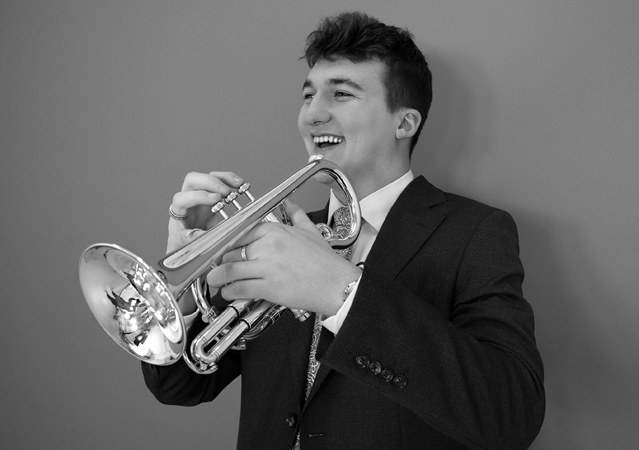 Tom Smith is currently in his studying an undergraduate degree at the Royal Northern College of Music on cornet under the direction of Richard Marshall and Professor Roger Webster.

Brought up in Cornwall, Tom started playing cornet with the Camborne Junior Contesting Band under MD Alan Pope (BEM), where he stayed until leaving in 2018 to start his studies in Manchester.

Tom has played with the National Youth Brass Band of Great Britain, where he worked his way through the ranks through the years and is now assistant principal cornet.

Since moving to study in Manchester, Tom has enjoyed a number of performing experiences, including being a member of the Northern Quarters ensemble, performing with Grimethorpe Colliery Band and was the principal cornet with the Pemberton Old Wigan DW Band. Tom has now taken the prestigious role as the principal cornet for the Brighouse and Rastrick band, following in the footsteps of many of his idols.