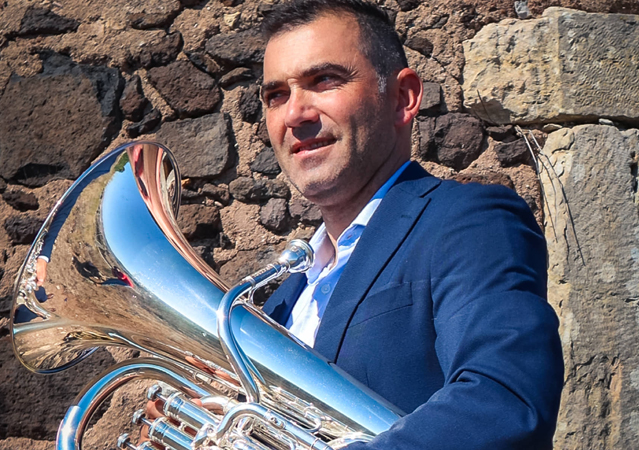 Gonçalo Marques belongs to the first generation of graduated euphonium players in Portugal.

Currently teaching at the Professional School of Metropolitana and at the Music Academy of Obidos, Gonçalo has the opportunity to share is passion and technical ideas to his students with love and commitment.

As a guest teacher, he is often invited to give masterclasses and workshops around the country. As a performer, Gonçalo Marques is the principal euphonium of the Portuguese Air Force Band, with whom he recorded a piece as soloist in 2019 for the Molenaar Edition. On a demand of new musical ideas and unmasking his creative side, Gonçalo joined his Sovereign 967T to a piano and an oboe on a project of original music written by the trio Duas Chamadas Nao Atendidas (two missing calls), which recorded their first album in 2019, to be released in 2020.

Gonçalo Marques is also an active member of the Portuguese Tuba Euphonium Association with whom he organizes some festivals, masterclasses and contests, contributing to the development of the tuba and euphonium in Portugal.