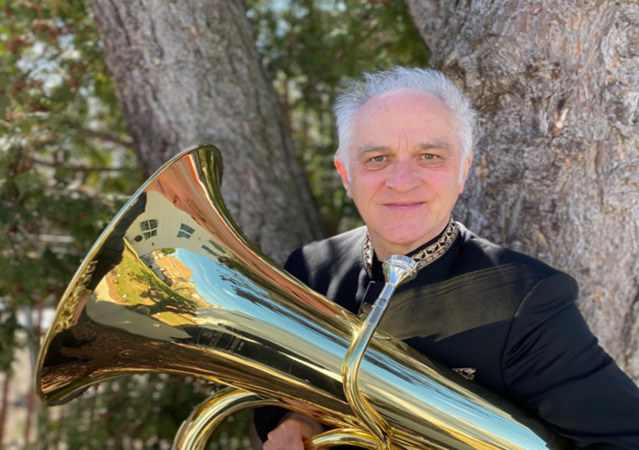 As well as his work as a soloist, conductor and member of some of Europe’s finest orchestras, James has held high level Academic and adminis-trative posts such as Head of School, Wind, Brass and Percussion at the Royal Northern College of Music (RNCM) as well as Deputy Principal and Director of the School of Music at the Royal Scottish Academy of Music and Drama (RSAMD), now known as the Royal Conservatoire for Scotland.

Under James Gourlay’s leadership, the Royal Northern College of Music became one of the top schools in the world for brass and wind studies, winning two awards presented at Buckingham Palace by Her Majesty the Queen of England, and in May 2008 the School of Music of the RSAMD was voted best UK Music school by the Guardian newspaper’s Education & Universities Guide, moving up from the its previous best of fourth place.

He has been Musical Director of a number of the greatest brass bands in the World, such as the Grimethorpe Colliery Band (stars of the movie ‘Brassed Off’) and is in de-mand as a clinician, giving classes and lectures in Paris, Lausanne and at the Juilliard as well as an orchestral conductor working internationally.

He is currently Music Director and CEO of the River City Brass, the world’s only full-time profes-sional brass band, adjunct professor of tuba at Duquesne University and is Inter-national Chair of Low Brass Studies at the Royal Northern College of Music, Manchester, England as well as Vice President (President Elect) of the Interna-tional Tuba/Euphonium Association.

In 2018 Gourlay was a Pittsburgh top 50 business leader prizewinner and 2019 was chosen by Musical America as a top 30 Music Professional.