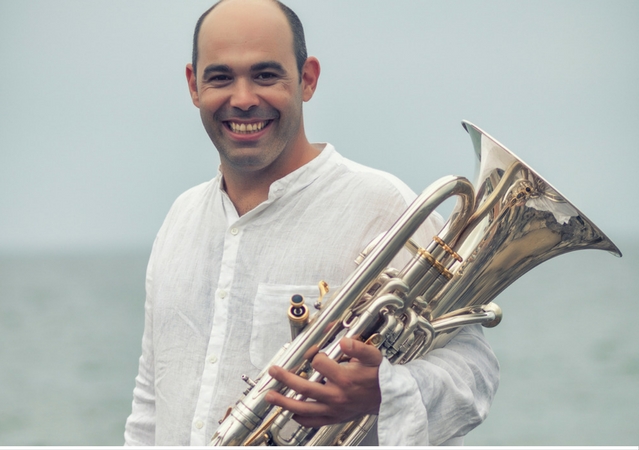 Born in Mallorca (Spain) in 1979. Attends Medium Grade euphonium and trombone at the Professional Conservatory of Palma de Mallorca, and finishes his euphonium Medium Grade with Honorus, and the “First Prize”(1997). Continues at the Royal Conservatory of Music in Madrid, where ends two separate Higher Degrees with Honorus and First Honor Awards (euphonium in 2000, and trombone in 2002).

-Their euphonium teachers in Spain have been Antoni Roig, Miguel Moreno, and David Llàcer, besides having been taught by Maurice André, Michel Becquet, Thomas Rüedi, Brian Bowman, Shoichiro Hokazono and Steven Mead.
-He has been JONC titular trombone (Catalonian Young Orchestra, since 1998 to 2000), and the JONDE (Spanish Young Orchestra, since 2001 to 2002).
-He has collaborated with the Chamber Orchestra “Illa de Mallorca”, Bilbao Symphonic Orchestra, the Castilla Leon Symphonic Orchestra.