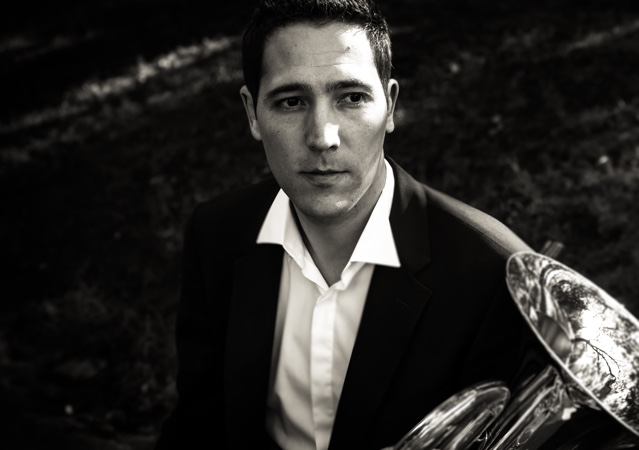 In 2006, when he was 17, he was admitted into the famous National Superior Conservatory of Music (CNSM) of Paris, where he won first prize with unanimity in 2009.

In 2006, he won the European contest for young soloist of Luxemburg.

In 2007, Bastien won the competition to be solo euphonium of the National French Police Orchestra since 2008.

In 2008, he won the first prize during the international championship in Jeju (South Korea), one of the most famous euphonium-based events.

In Juny 2012 he won the soloist prize at Amboise’s Open of Brass band.

He teachs also in the National Superior Conservatory of Music in Lyon since 2017.

Since 2008, Bastien has performed regularly as a soloist in France and abroad where he also, delivers recital, soloist concerts with brass-band, wind band or orchestra combining with exciting master-classes.

In 2012 he released his first CD « Art of the Euphonium » to the record company Indesens.

In 2014, he producted his second CD “Portraits” in duet with Alexis Demailly (solo cornet of the Paris’s Opera).

His third album calls “Romance” recorded with piano playing by Mathilde Nguyen in 2016.“Radiance”, recorded with the Lisbon Air Force band, released in 2019.