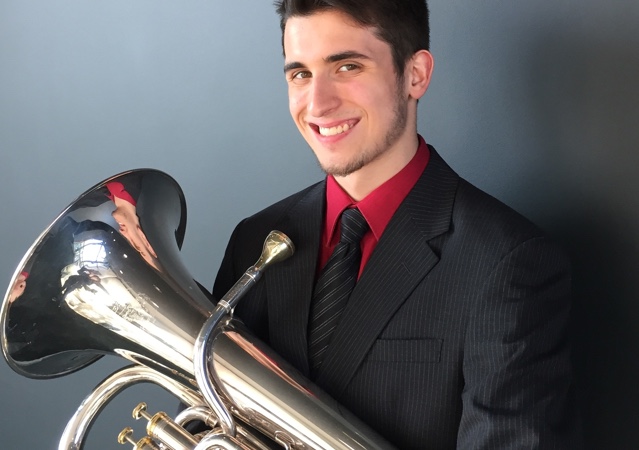 Grant Jameson has already achieved much at only age 22. Before turning 18 in America, he was selected as a Yamaha Young Performing Artist, was one of only six brass players chosen for the prestigious Young Arts Program, was the winner of the Music Teachers National Association Solo Competition, and won the solo competition at the International Women’s Brass Conference. Grant was the first euphonium player to win the concerto competition at the Interlochen International Music Camp, where he was also chosen as a Fennell Scholar. He appeared on the National Public Radio program “From the Top” as a soloist. At age 16, he won the North American Brass Band Association Adult Technical Solo Competition.