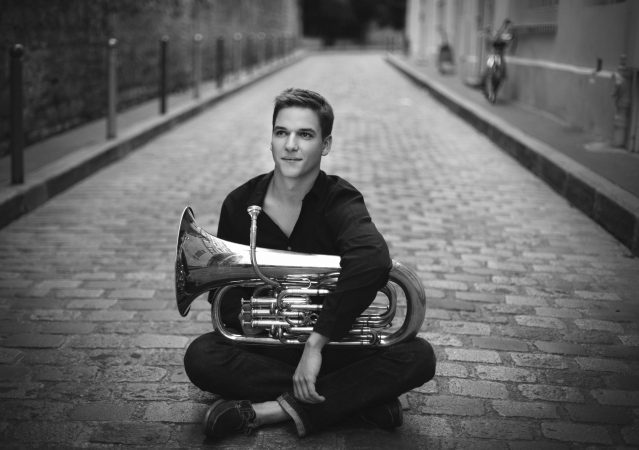 Lilian was born in 1996 in Lille. He started music with the drums when he was 4. Then also started the euphonium when he turned 9 years old and entered the Conservatorium in Douai with Jean-Luc Petitprez. 5 years later, Lilian was admitted at the Conservatorium of Paris, in Philippe Fritsch and Jean-Luc Petitprez’s class. He was then 15 years old. He unanimously got his licence with honours.

He also plays the Saxhorn and gives a special interest to the chamber music. Lilian is a member of Saxhornia and euphonium soloist in the brass band Nord pas de Calais, France champion 2009,2010,2011.