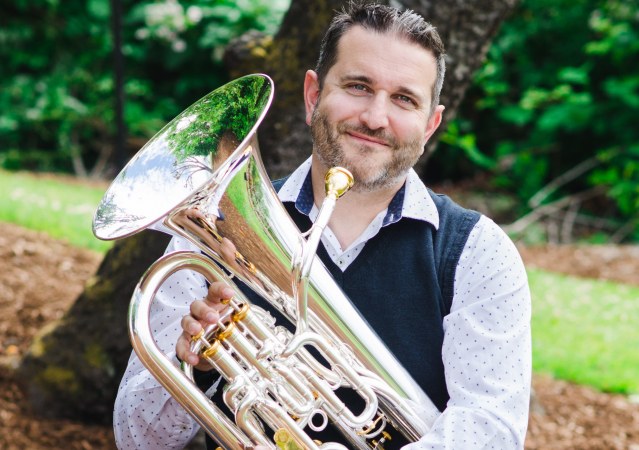 Jason Gilliam is a native of Tacoma, Washington. He holds the Bachelor of Music and Master of Arts in Teaching from the University of Puget Sound in Tacoma, Washington, where he studied with Peter Ellefson, Ron Munson, and Steve Fissel. Jason currently holds the position of Lecturer of Euphonium at the Pacific Lutheran University and is also a Kindergarten teacher in the Steilacoom School District.

Other performance credits include the Seattle Symphony, Tacoma Symphony, Auburn Symphony, The Tubadours, and the Northwest Mahler Festival Orchestra.