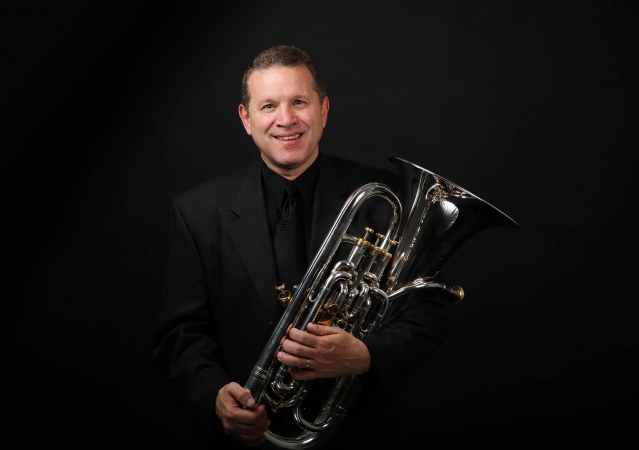 Pugh has served as the principal euphonium in the Brass Band of Columbus and the Cuyahoga Valley Brass Band and has solo concerto appearances on CD releases of each ensemble.  He has also been featured as a euphonium soloist at the Midwest Band and Orchestra Clinic, numerous state MENC conventions, the Gala Concert of the North American Brass Band Association, the Great American Brass Band Festival, in Danville, Kentucky and Tubonium.

Dr. Pugh’s studies have been published in the ITEA Journal and the Brass Band Bridge and has served as one of the members on the ITEA’s Solo Literature Project.  He has given presentations at the International Tuba Euphonium Conference, Tubonium, and numerous Music Education Conferences.  He teaches at the International Music Camp on the North Dakota/Manitoba border.